Don’t give /u/kenCode any of your money. (self.Bitcoin)

tl;dr: I’m a fiat bankster ISP shill who wants to stop you from revolutionizing the Internet.

/u/kenCode has been advertising his ‘ePlug’ thing basically all over the place lately, both here and on various ‘decentralization’-themed reddits. You shouldn’t give him any of your money.

Why not? Well, first let’s look at what he’s claimed: he’s going to create the first ‘Blockchain Operating System’. What does that mean? That’s the thing; he’s not really clear on it. The whitepaper makes a bunch of vague promises like that adding 10% more processors will give you 10% more computing power (because Amdahl’s law doesn’t exist), but one of the things he does heavily imply is that hacking Factom Linux would require ‘hacking the blockchain’:

This is patently false. Heartbleed didn’t require someone to break RSA or anything, it was a vulnerability in OpenSSL itself. Same for Shellshock and a good deal of other attacks; the cryptography itself can be entirely worked around. As a silly example, if I was running a process as root that let anybody connect remotely execute any command, my computer would get owned regardless of how many times I say the word ‘blockchain’. There have been attacks against routers that relied on the router’s web interface not having any XSRF protection, so just visiting an attacker-controlled page would cause your browser to send a request to the router resetting the password, at which point the attacker could connect to it and own you. Security isn’t just about running the code you think you’re running.

Wanted !!!Paul Martello is a Scam Supporter from Ken Code !!!!! They work together with Rodrigo Crespo Angie Villarreal and the head KenCode !!!!

Without onceupontime many crypto projects would not exist today. He is a real visionary and helps anyone he has a good gut feeling about. He is a true believer of the “no aggression principle”, but don’t make the mistake messing with him…

I have known KenCode for several years now. I have stayed at his home in Germany when I attended the Bits n’ Pretzels Startup convention in Munich last year. Ken is scrupulously honest, dedicated to his vision, and an extremely hard worker and organized manager who gets thing done. 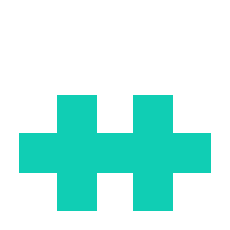