No matter what you are going through, I wish that all the bad things go away from you and happiness comes to you. Have a nice day dear! Thanks you for voted my site about DC fuse, DC SPD: http://tudiensolar.com/

I’ve know Dave since 2015. We have worked on a few different projects together. He taught himself a lot of different technologies and has become a really good Blockchain Architect.

Trade with aawilliams as the trust agent and PilotDave as the buyer.

Trade with timt8ion as the seller and PilotDave as the buyer.

Trade with PilotDave as the buyer and aawilliams as the trust agent.

David has been very active in the Facebook cryptocommunity for a long time. Very trustworthy.

I’ve been in multiple discussions with Mike. I trust him.

He’s a go-getter and an enthusiastic speaker!

I have known Tim, since Summer 2014, through helping a few cryptocurrency related groups in parts of Africa, including SLLG, and Dream Bitcoin Foundation. We have been working together one these projects since then and helped form the African Umbrella Trust Organizaton Network (AUTOnet). We met on the last day of the TNABC 2015 and enjoyed dinner with fellow members of our organization. We have become friends and I trust Tim completely.

I met David online and over Skype several months ago when I began my early stages of communication with several groups in Africa beginning to use BTC: (Mustapha Cole of SLLG: Sierra LEone Liberty Group, Philip Agyere of BDF: Dream Bitcoin Foundation, Ghana; and Alakanani Itireleng - AKA: Bitcoin Lady Botswana). He was reaching out to the same people, so we became friends online. Those early communications have grown into a project, now in “alpha” stage, called AUTONet: African Umbrella Trust Organization & Network. Dave is on our team (amongst about 10 others). I finally met Dave on the last day of North American Bitcoin Conference (TNABC) in South Beach, FL (I live in CA). Had dinner with he and his lovely wife, as well as some of the AUTONet Team, including Dean (CT) and Tawanda (from Zimbabwe). I like him :) 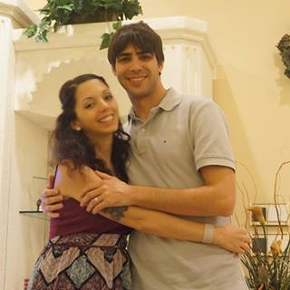