I have traded multiple times with Kazama888 via the LocalBitcoins platform under my pseudonym of HoodedBitcoin. He is honest and trustedworthy, and I believe he makes a difference to our community.

A few months ago i had a trade with Kazama888. I was new to localbitcoins and don’t use it often, and made a mistake when trading with Kazama888 whereby i ended up owing him about 1 pound (I started a trade with him but then I had to deal with something urgent and forgot all about the trade, he said he hit release by accident). I would like to stress that this was completely unintentional on my part and I was just not used to using the website. Keep in mind that he did release the funds so it was just as much his fault as it was mine. Nevertheless, I didn’t sign in for about a week because i don’t buy bitcoins that often. When I did sign in again I found that he had sent me threatening messages and gotten several of his friends on the site to leave bad feedback for me (even though the trades I made with those particular sellers were fine. It’s fairly unprofessional to leave bad feedback in relation to a trade that did not involve you in the first place.) I corrected the issue as soon as i became aware of it and repaid him (he must need it quite badly.)

I contacted him to ask him nicely to get his friends to remove their negative feedback from my account as it affects my trading options but he has just been rude and unhelpful.

So there you go, Kazama888: An extremely petty man who resorts to childish intimidation and bullying over 1 pound.

Superb trader. In fact i hope he remains in contact. He’s got my vouch.

Speedy Local Bitcoins trader, no hassle and straight talking. 10 out of 10.

Awesome trader, a true Pro and all round good guy :-)

I know him well from the UK Pro Traders on LBC and can vouch that this man can be trusted 100% with any trade!

Awesome trader and an all round good guy :-)

Fantastic trader with superb in sales manner and service. A font of knowledge on trading, bitcoin and crypto, rob1nuk is a true credit to the btc community.

Funny as f* and a solid member of the bitcoin community. s1lverbox has my vouch any day. 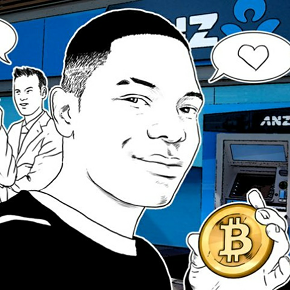